In the Cambria area, mercury was found in the form of mercury sulfide commonly known as cinnabar. To extract the mercury from cinnabar, the ore is first crushed to a size of about one to two inches and then heated to drive out the mercury. The resulting mercury vapor is then condensed to a liquid and placed in 76-pound iron flasks. This process is inexpensive and can be carried out at the mine, avoiding shipment of the ore.


The earliest mining of mercury in Cambria was in 1862 at the Little Bonanza, a small group of mines - Little Bonanza, Alice, Modoc, Josephine and others near the top of the Santa Lucia Mountains, about half way between Cambria and Paso Robles. These mines produced over 1,000 flasks of mercury, even though they were only worked sporadically.
​

The largest mine in the Cambria area was the Oceanic Mine, which covered 400 acres and was located five miles up Santa Rosa Creek from Cambria. It produced at least 38,000 flasks of mercury, nearly as much as all other mines in San Luis Obispo County combined. The Oceanic Mine began in 1865, with large scale operations 1875. Mercury prices dipped and caused production to cease in 1882. It was operated intermittently until 1958. 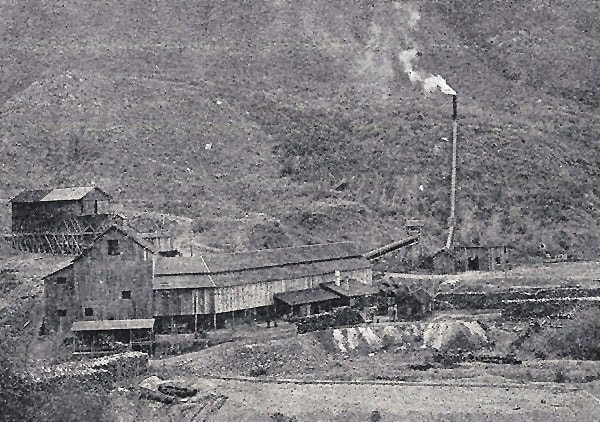 
Other mines included La Libertad, located near the intersection of Santa Rosa Creek Road and Cypress Mountain Road; Polar Star - actually a group of nine mines located about three miles up San Carpoforo Creek north of San Simeon near the Monterey County; and others of lesser importance, including Hamilton, Keystone, Pine Mountain and Quien Sabe mines.
​

As awareness of its toxicity has increased, mercury has been eliminated or reduced in most applications, and those products containing it are supposed to be carefully recycled. As a result, mercury mining in the United States ceased in 1990.