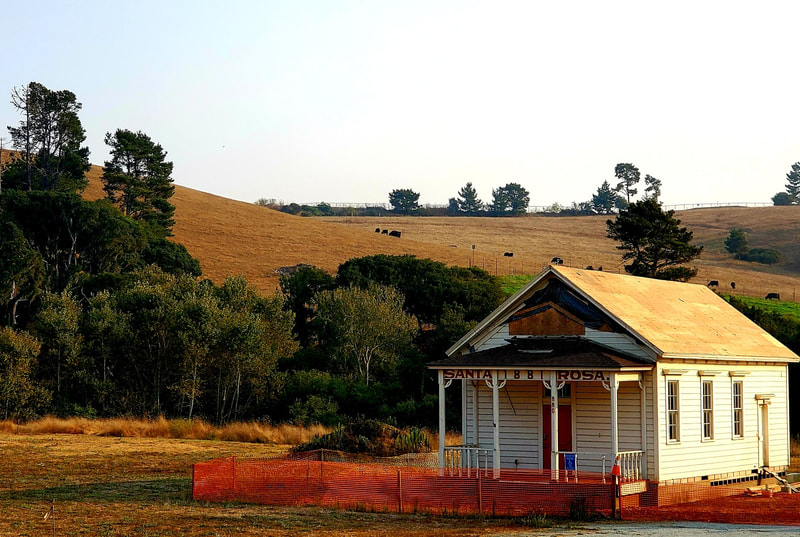 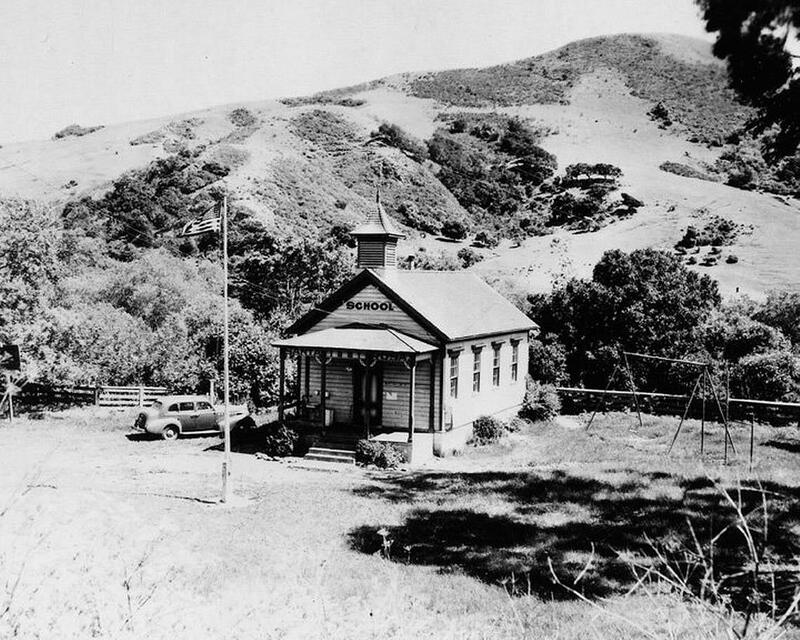 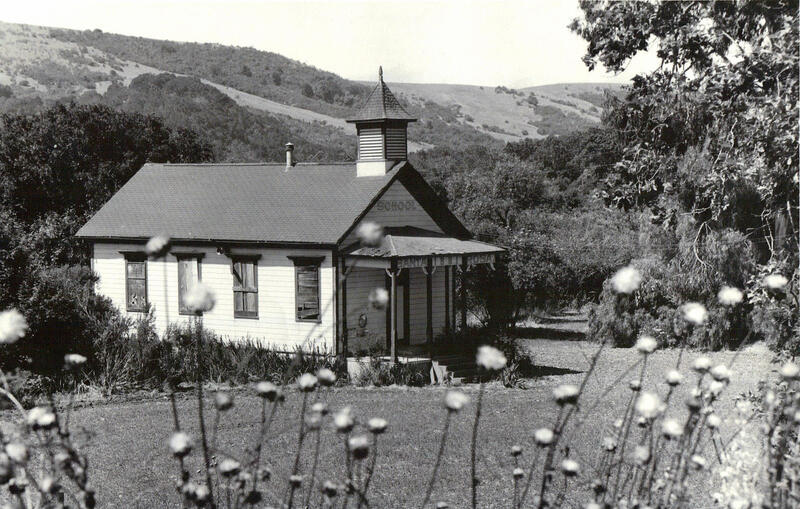 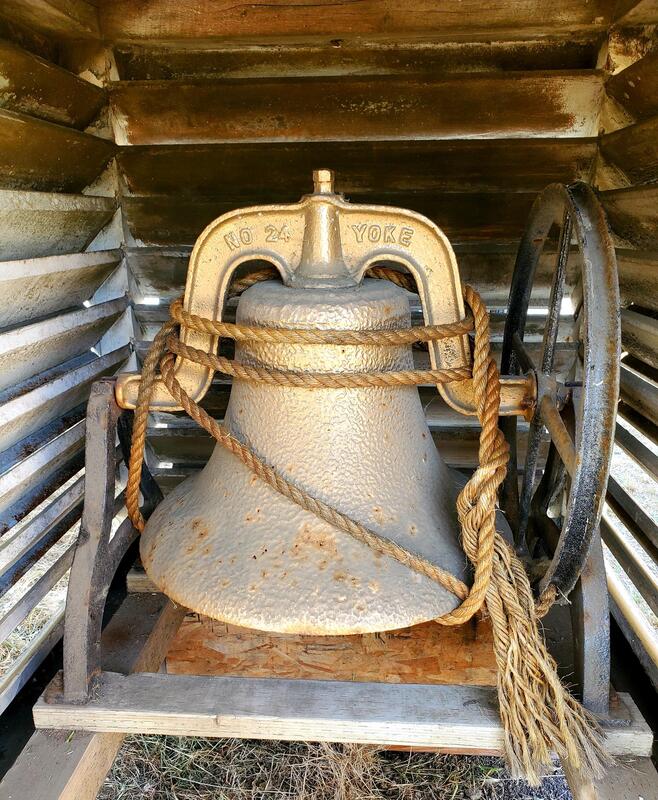 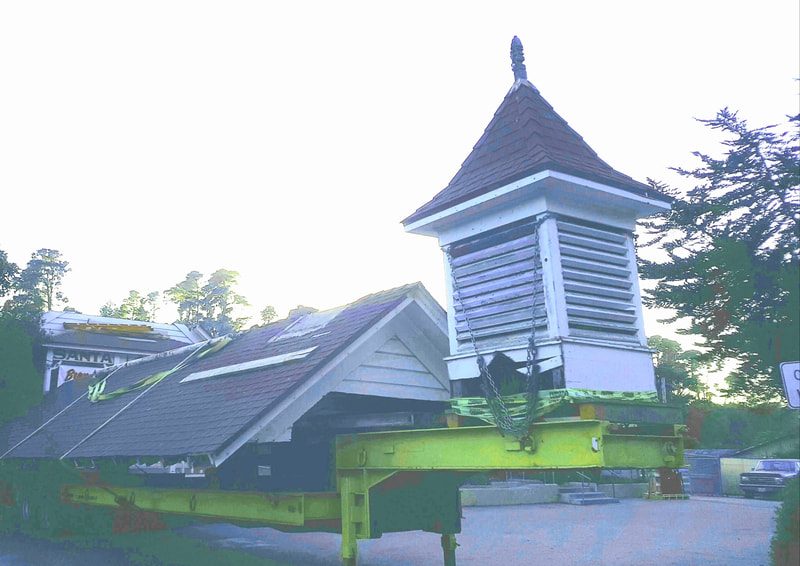 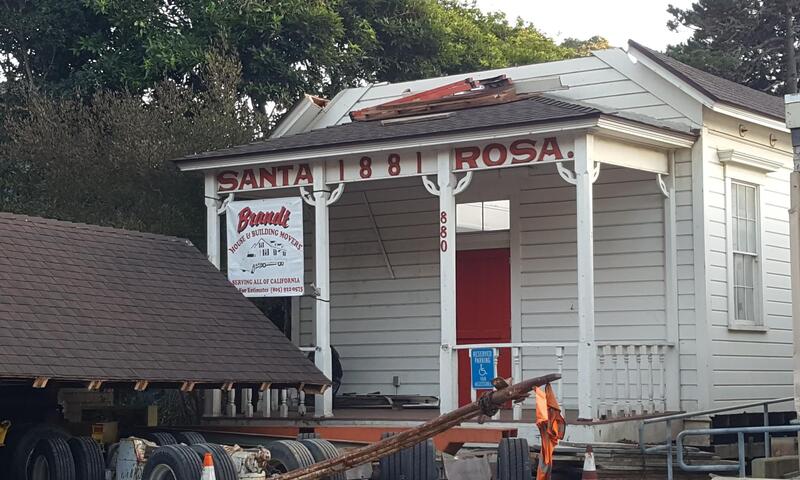 The Early Days of the Santa Rosa Schoolhouse

The Schoolhouse structure is a 20 ft. X 40 ft. rectangular shaped structure of 760 square feet, reflecting the "Yankee balloon" construction with peaked roof typical of the era. In early photos from the mid-1880’s it is evident the school was originally built with steps up to the front door. A porch was added in the late 1890’s and the belfry was added years later. 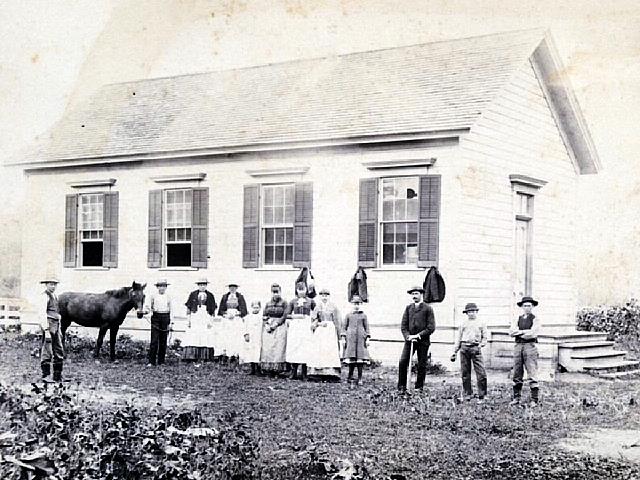 Circa 1885 before porch and belfry were added. (Courtesy History Center of SLO County) HCSLO Newly built 1881 Santa Rosa School before porch and belfry were added. From left: Will McCain, horse, Eldridge Morse, Sara Morse, Irene Dodson (Phelan), Pearl Hale (Lambert), Caroline Hale (Fitzhugh), Louise McCain (Ford), Alberta Dodson (Stewart), Agnes Myres, Mr. Austin-teacher, Frank Myres, Carl Woods. Back of photo listed all the above names and this antedote. “Mr. Austin wore a derby hat with air holes in the top and was called ‘Pepperpot’ especially by the younger girls because they felt he was partial to the older girls,” Names in parentheses are the girls married names. Caption and quotes courtesy of Debbie Soto and are taken from her new book When the School Bells Rings published June, 2019. 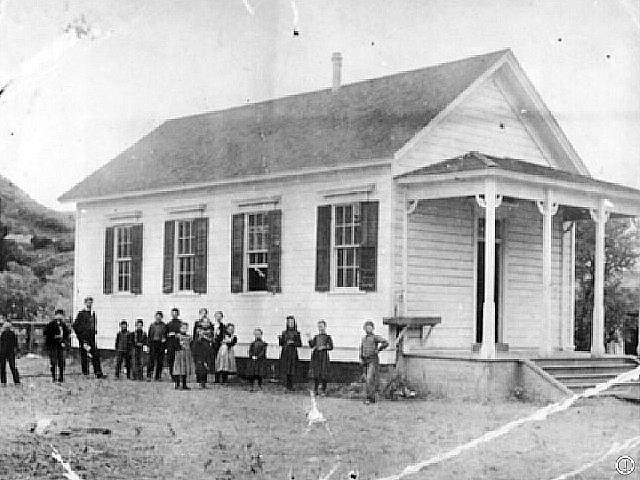 Santa Rosa School circa late 1890s with new porch and before the belfry was added. On the back of the photo are these quotes: “This photograph is from Lillian and Rosalie Bianchi. Some of the seventeen students are: Katie Gamboni Jewett, Joseph Bianchi, Olimpio Bianchi, Lillian Bianchi (2nd from right), Baptiste Fiscalini, Irwin Phillips (tall boy 4th from left), Eunice Phillips. “The building in the distance to the rear of school was the Charles Fiscalini Ranch. The little white building to the right is the girls’ ‘two-holer’ outhouse. The boys’ outhouse is out of sight towards the creek. Water was piped to the front porch of the school. The sink appears in the photo on the left side of the front porch. There was a tin dipper at the faucet for everyone to use. This was the only water at the school.” This photo was hung in the Schoolhouse on the left wall as you enter the classroom. The list of names and quotes were written on the back of the photo. . Caption and quotes courtesy of Debbie Soto and are taken from her new book When the School Bell Rings published June, 2019.
​An article, “Christmas at Santa Rosa Creek” appeared in the Tribune on January 1, 1886, and a portion follows:

“The school house is undoubtedly the best school building in the county outside of towns, is centrally located in the valley, being about 3 miles from Cambria and an equal distance from the head of the creek. On Christmas Eve, although it was raining hard at intervals, the house was crowded with people from the surrounding neighborhood, all bent on a good time. First on the programme was to be a visit from old Santa Claus, and the writer has never beheld a Christmas tree more imposing in beauty and ornamentation than the one prepared for this occasion. In due time old Santa Claus made his appearance; he was very artistically dressed and the presents that he distributed were numerous and elegant. The most valuable of all was undoubtedly a beautiful quasi-life sized marble statue, sculptured by an old master, imported for the occasion and donated to our old friend Mr. O.P. McFadden. Mr. R. Dodson was also the happy recipient of a brown statue, of probable less value but equal in artistic finish to the marble one, which I am informed was also imported for the occasion. Dancing was next indulged in, home talent furnishing good music. At eleven o’clock a sumptuous supper was served that would have satisfied the taste of the gourmand, after which dancing was resumed and kept up until morning when all returned home happy and fully convinced that this was undoubtedly the most enjoyable affair of the season. The arrangements were all perfect in every detail, for which our thanks are due to the committee of arrangements of Mrs. O.P. McFadden, Mrs. R. Dodson, Mrs. D. Armstrong, Miss Annie Baker and Miss Ella Martin. Among those present I remember the following names; Mr. O.P. McFadden and wife, Mr. R. Dodson and wife, Mr. B.G. Tognazzi and wife, Mr. D. Armstrong and wife, Mr. T. Evans and wife, Mr. T. Bingham and wife, Mrs. J.C. Baker, Mrs. D. Baker, Mrs. M.E. Peppard, Misses Alice and Ida Ogden, Miss Willie Peppard, Miss Maggie Woods, Misses Irene and Birdie Dodson, Miss Victoria Bland, Miss Annie Baker, Miss Mattie Baker, Miss Ella Martin, Miss Clara Pierce, Mr. E. Bland, Mr. W. Garside, Mr. E. Tonascia, Mr. Grant Woods, Mr. C. Woods, Mr. W. Ogden, Mr. G. Tonascia, Mr. E. Dodson, Messers L. McFadden, E. McFadden, H. McFadden, Mr. L. Higgins, Mr. G. Armstrong, Mr. H. Armstrong, Mr. C. Bonetti, Mr. W. Baker, Mr. G. Furnace, Mr. R. Martin, Mr. M.B. Martin and Mr. J. Morss. M.F.A.”

Courtesy of Debbie Soto and taken from her new book When the School Bell Rings published June, 2019.